Just In: The most successful Indian National Cricket Team Skipper MS Dhoni has announced his Retirement from International Cricket on Saturday. The news ends all the speculations regarding to the future of Dhoni in International Cricket. MS Dhoni was struggling to re-gain his legendary from as he has not played a single game after the World Cup played in July last year. … END_OF_DOCUMENT_TOKEN_TO_BE_REPLACED

Just In: England vice-captain and main stream all-rounder Ben Stokes has been dropped down from ongoing test series against Pakistan. According to English Broad, Ben Stokes will not appear in remaining two test games due to family reasons. During the 1st Test match, Ben Stokes seemed quite out of form and was not declared fit to bowl in the first innings due to injury. … END_OF_DOCUMENT_TOKEN_TO_BE_REPLACED 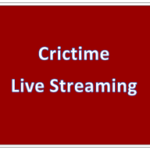