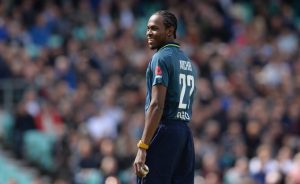 England has made several changing in their preliminary playing squad as Jofra Archer who was dropped from 15-Man squad has now appointed into the main team squad of England for CWC 2019. The counter side has also decided to recruit experienced Liam Dawson into their Final team squad. No doubt participation of both these players will strengthen English cricket team for the upcoming mega cricket event.

The most awaiting cricket event ICC Cricket World Cup 2019 is just few days away from its official inauguration but all emerging sides of this tournament are looking pretty busy in finalizing their playing squad before the start of this event. England has announced their initial 15-Member Team Squad for CWC 2019 earlier this month but after playing their official 5 match ODI series against Pakistan, ECB has decided to made some changing in their current team squad for World Cup 2019.

The performance of England cricket team against Pakistan remained on high end as the host side hammered their guest with 4-0 series white wash but still ECB decided to re-shuffle their playing squad and in this scenario Jofra Archer and Liam Dawson have been called to play for this side during ICC Cricket World Cup 2019.

England Cricket Team Squad for World Cup 2019 is given below

Majority of players in England current team squad for World Cup 2019 have also appeared in ODI series against Pakistan. Jofra Archer is new addition in this team and no doubt Jofra Archer is considered as one of the main stream pace bowler for England and his performance during IPL 2019 season has remained on high end. Initially English cricket team fans were in shock after hearing the news of dropping Archer from England Team Squad for CWC 2019 but now they will feel happy after listening to this big news.

ICC Cricket World Cup 2019 will kick off from 30th May 2019 whereas the big Final is scheduled to be played on 14th July 2019 at England and Wales. Total 10 cricketing sides from all across the globe will compete in 48 matches of this tournament.