All times best Men’s Tennis star Roger Federer with record 20 grand slams victories in his pro-career stands on top position in titles list whereas Rafael Nadal with 17 victories stands on 2nd followed by Djokovic who has won 15 grand slam titles including his historical victory registered against Nadal in 2019 Australia Open Finals.

In Women’s Tennis, Margaret Court with 24 titles victories with her name stands on 1st place on this list whereas Serena looks busy in her pursuit as Serena after winning her recent 7th Australia Open has achieved total 23rd grand slam title including her victory against Venus in 2017 Aussie Open Finals. Let’s take in-depth look at Most Tennis Grand Slam Title Winners of all times in both Men and Women groups.

Serena Williams is just one grand victory away to grab Margaret Court 24 titles record as after winning Aussie Open 2019 here total haul of grand slams reaches 23. Currently Serena Williams is declared as the most successful Female Tennis Star in modern times. Well we have gather details of top 15 grand slams winners in both men and women categories.

Margaret Court
Margaret Court is known as the most successful tennis player of all times as she ended up here career with 24 grand stand victories. Court was the only Women Tennis star that made 29 appearances in finals between 1960 and 1973 out of which she won 24 titles and lost only 5. Court has won Australian Open for the 10 times out of 14 whereas she also claimed 5 French Open titles along with three Wimbledon and 5 US Open Titles during her pro-career. 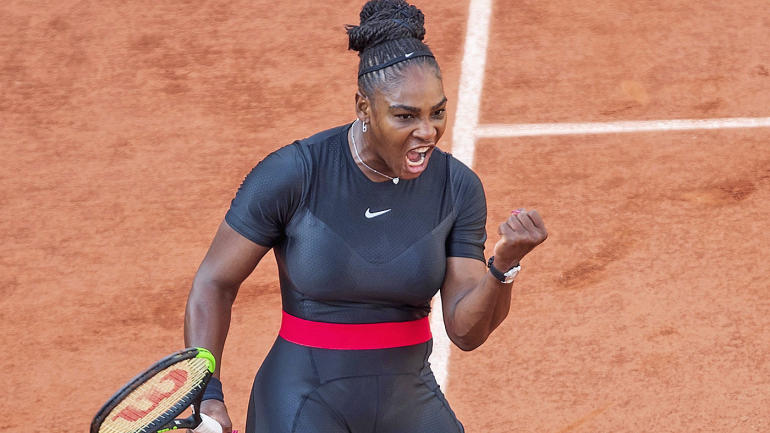 Serena Williams
The American tennis star Serena Williams with 23 grand slams titles known as the 2nd most successful tennis athlete in this history. Serena has claimed her 1st ever grand slam title back in 1999 US Open and after that she never looked back and become the top contender in all Women’s Tennis Grand Slams. Serena has won 6 US Open Titles, Seven Australian Open Titles, Three French Open titles and Seven Wimbledon titles in her pro-career. Serena Williams is the only women tennis star that won 4 consecutive Grand Slams titles including US Open (2014), French Open (2015), Wimbledon (2016) and here recent victory in Australia Open (2014).

Steffi Graf
Steffi Graf was considered as unbeatable tennis star back in 1990’s when she claimed 22 grand slams titles in her pro-career and at that time it was predicted that Graf will cross Court’s 24 titles record but unfortunately her career ended up before achieving that dream. Graf retired in 1999 but her achievements in tennis courts shall also be remembered by all tennis fans.  During her career, Graf had won 5 titles in six years during 1991 to 1996 whereas he career sky rocketed during 1998 when she won 4 consecutive grand slams titles and Olympic Gold Medal in same year.

Roger Federer
Well many people knows Roger Federer as best tennis player of all times and no doubt with 20 grand slams victories Federer is considered as the most successful Men Tennis Star of the history. Roger Federer won his 20th grand slam title after winning recent Australian Open Finals. The Swiss tennis star came into spotlight during his brilliant performance between 2004 and 2009 as during this time Federer claimed top 13 grand slams victories out of 24 and remained dominant in Men’s Tennis Courts. Roger Federer is the only tennis star that claimed 5 consecutive victories in Wimbledon and Five consecutive victories in US Open during his career.

Helen Wills Moody
Helen Wills was the 1st women tennis star that dominant the tennis courts for more than 6 years and achieved historical tennis milestones during her career. With 19 grand slams victories during 1920 and 1933, Wills was considered as greatest of all the times as she was the only female tennis star that claimed grand slams titles for the 6 consecutive times in this history. Wills remained on number 1 spot on Women’s Tennis list for more than nine years.

Chris Evert
Chris Evert is another Women Tennis Star who dominant the women’s tennis during 1970’s-80’s as she remained on top place in Tennis Rankings for 4 consecutive years between 1975 to 1978. During her pro-career, Chris Evert had claimed total 18 grand slams however she reached the finals for the record 34 times in the history. Evert has won 7 French Open, Six US Open, Two Australian Open and Three Wimbledon Titles during his playing career.

Navratilova
The American star Navratilova with 18 grand slams victories stand with Evert in this list as she was the only female tennis star that won Wimbledon for the record 9 times along with 2 French Open, 4 US Open and Three Australian Open victories during her pro-career. Navratilova was considered as best Women tennis star in both single and double competitions. Navratilova has also won record 2189 matches during her career that was still unbreakable record in tennis history.

Rafeal Nadal
Federer old times rival, Rafeal Nadal with 16 grand slams victories stands on 8th place in this list. Nadal and Federer has faced each other for the 8 times in the history out of which Nadal managed to won 5 matches whereas Federer has only won 3 grand slams finals against Nadal but still their difference in titles numbers is way massive than expectations. During his pro-career, Nadal has won 10 Australian Open, 10 French Open, 2 Wimbledon and 3 US Opens grand slams titles.